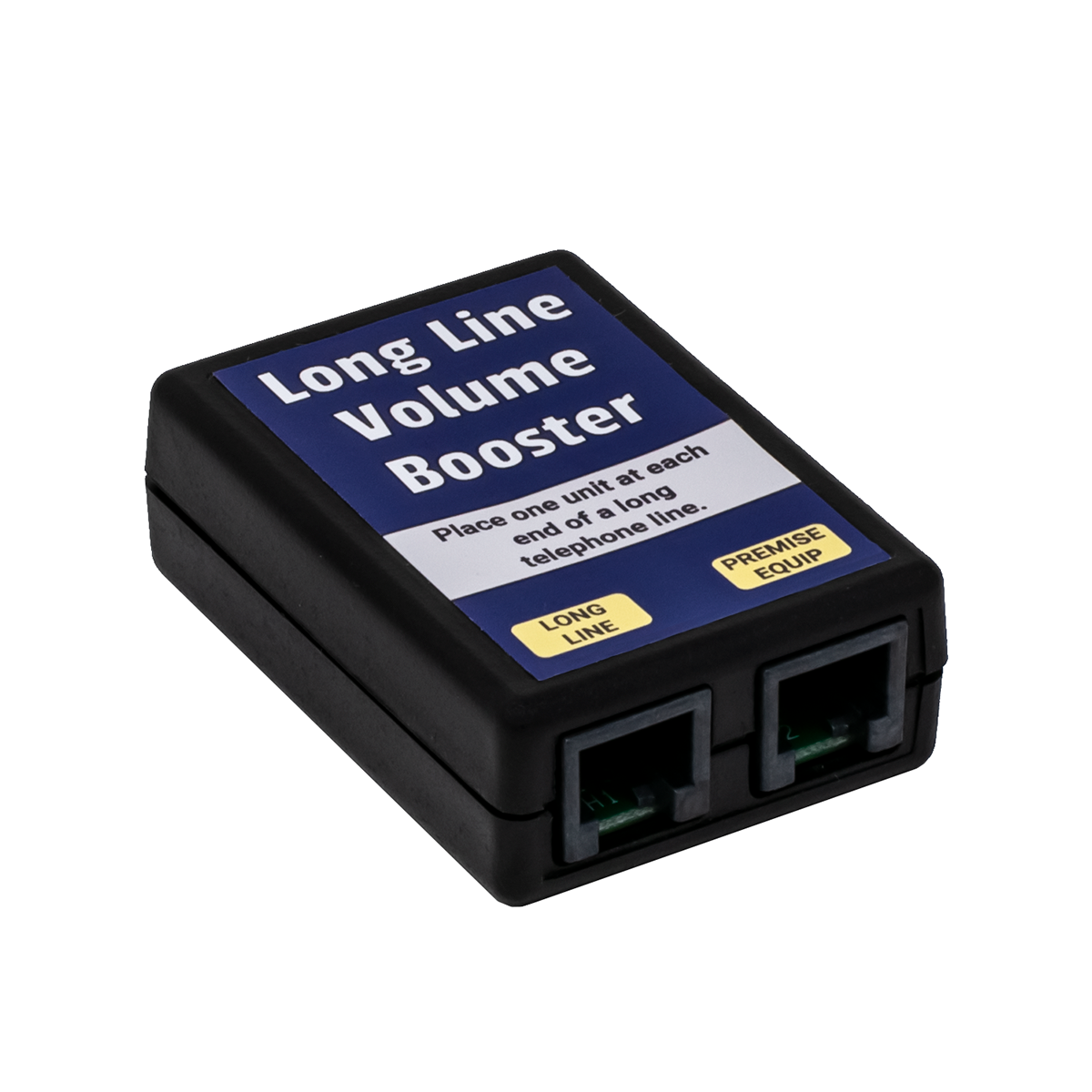 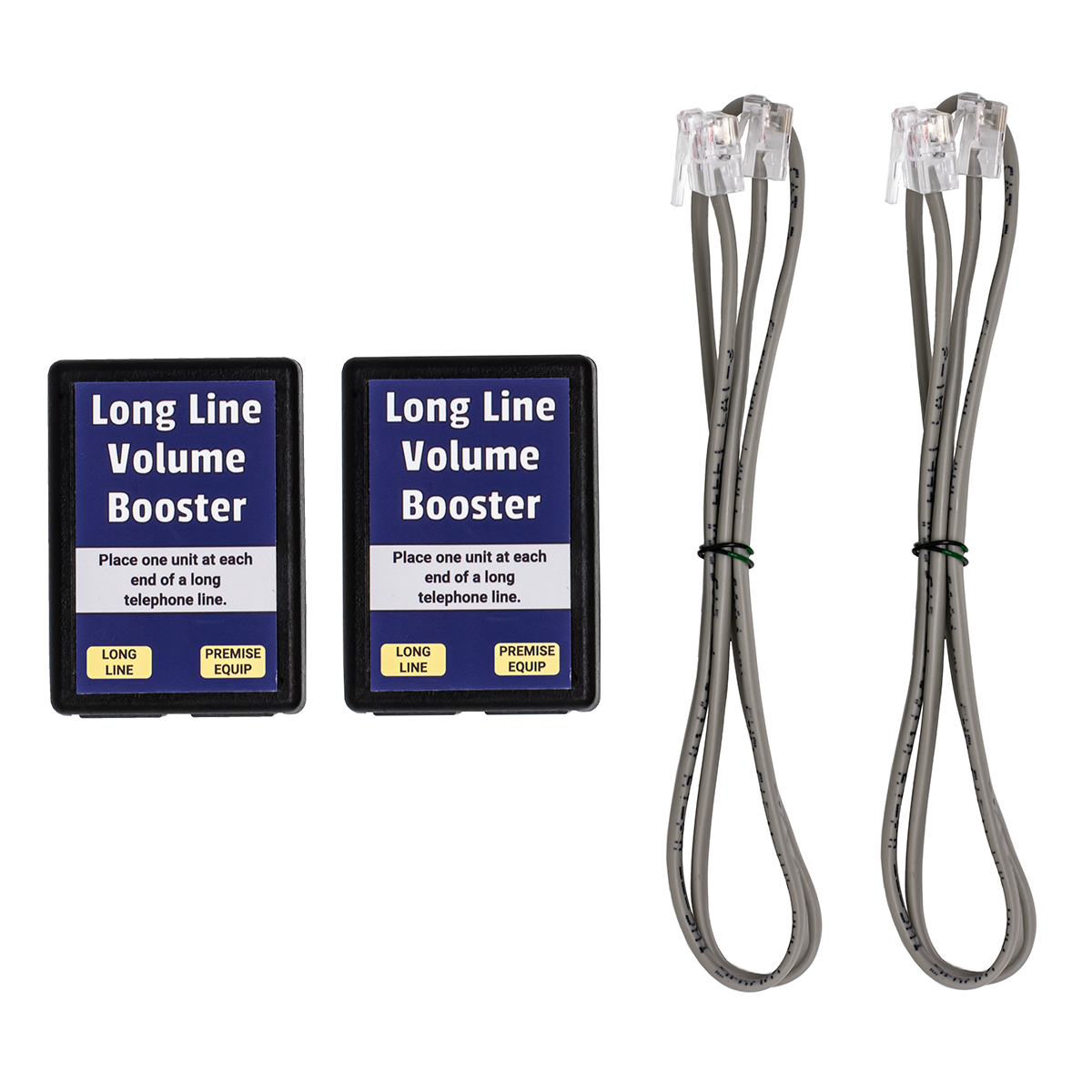 The Long Line Volume Booster is a modular device that increases the gain of an OPX to make it louder at the far end.

This will not increase line volume on regular phone lines (less then 1,500 feet of wire).

The Long Line Volume Booster works the same way as load coils do to increase the gain on a line, but much easier and less expensive to install. Install one at the near and, one at the far end, and that's it!

No power required at either end! You must use one unit at each end! (they're only sold in sets of 2)

Increases the gain at the far end without an amplifier, larger gauge wires, or power at either end.

Most phone companies no longer offer any conditioning for an OPX. They won't install repeaters or condition the line for you. The Long Line Volume Booster boosts the volume at the far end of the OPX so the user can hear OK.

All CPE equipment (telephones) must be connected in-series with the Long Loop Volume Booster at the FAR end. Nothing can be bridged on the line between the two units.

The set contains two of the same devices. It doesn't matter which one is put at which end (they're both the same).

Modular IN and OUT. Connect one at each end, and that's it!

NOTE: It's likely that you'll also have low loop current at the far end of the OPX, so you may need a Loop Current Booster+ at the far or near end.

You may also need a Ring Voltage Booster II to make the long line ring, especially if the phone has a mechanical bell.