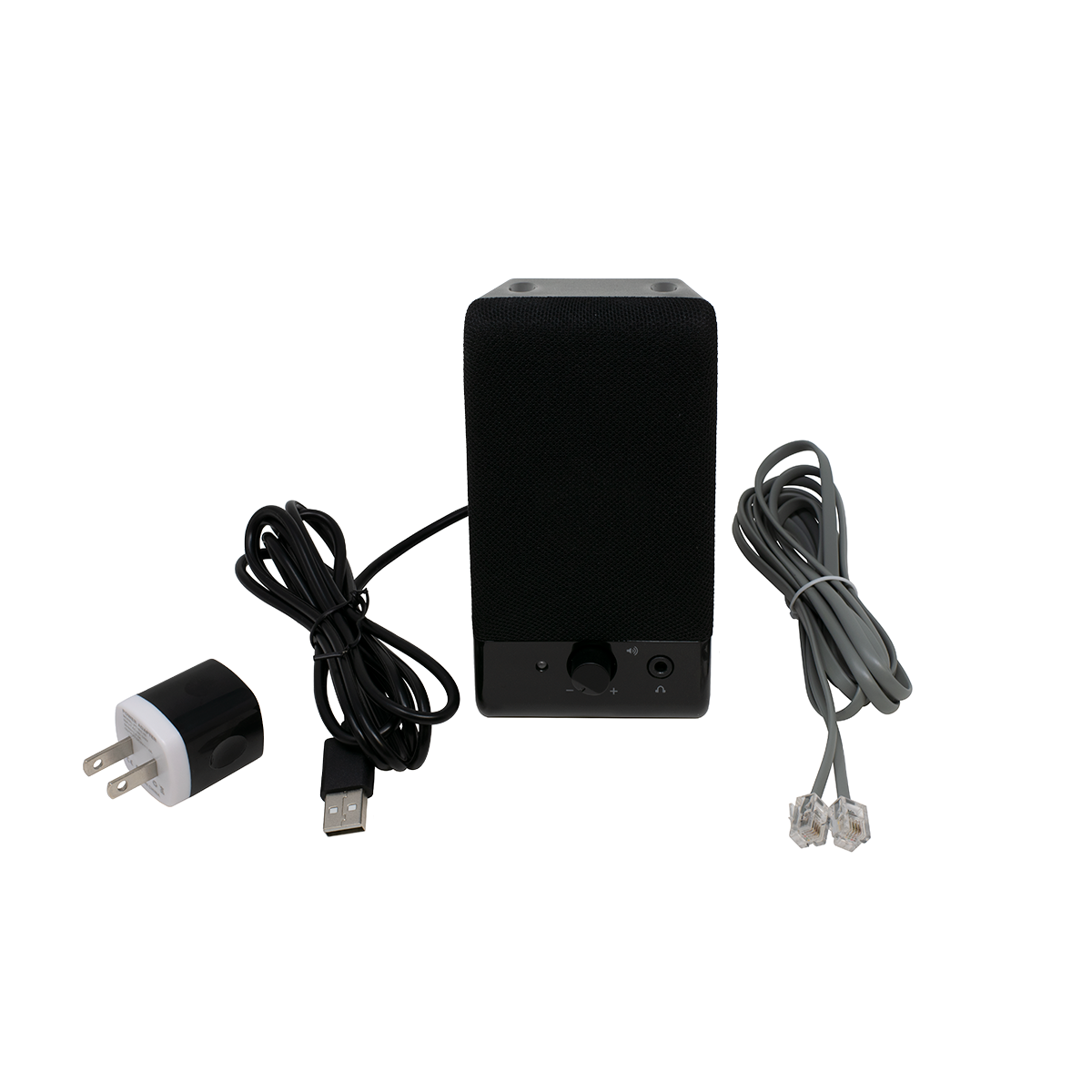 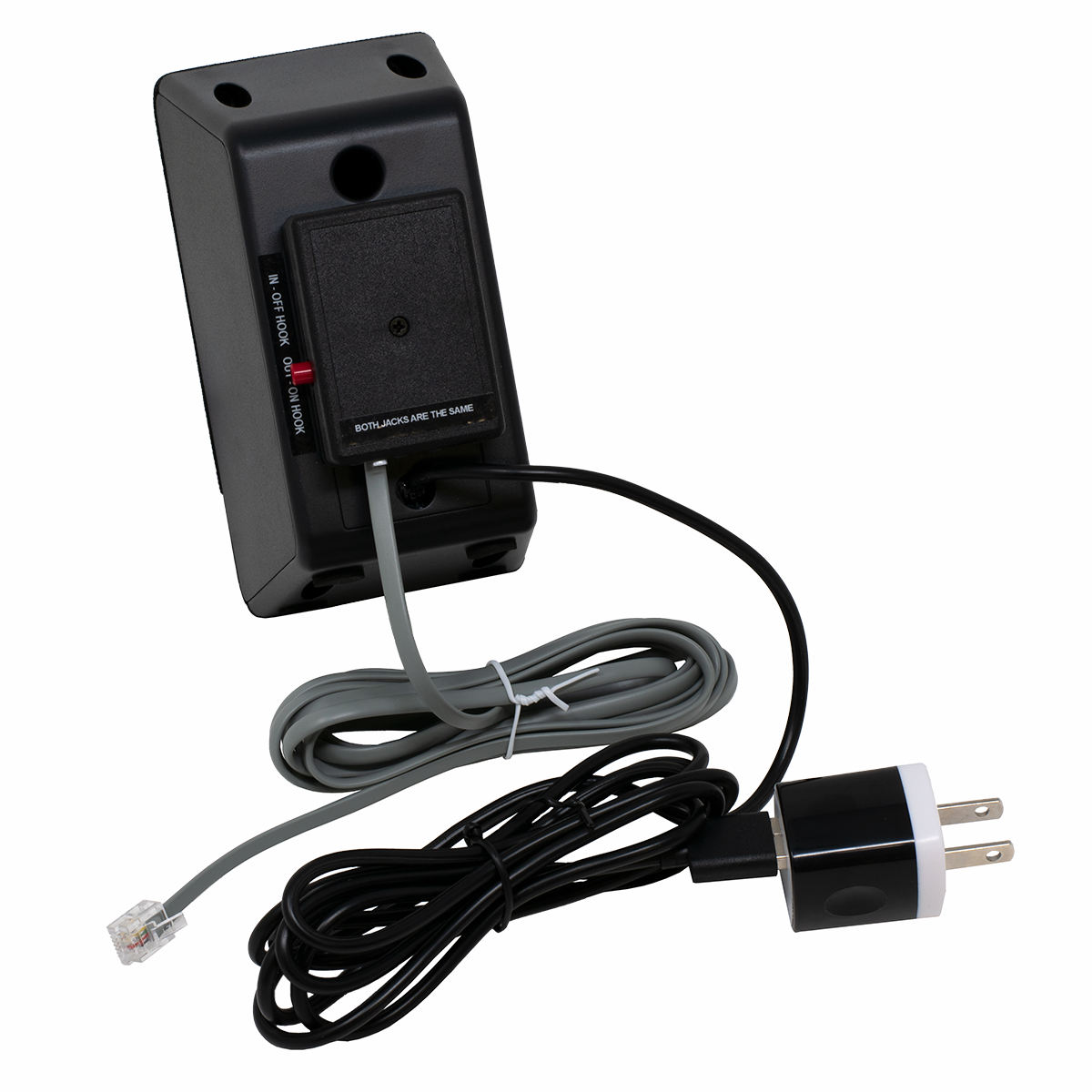 The Orator has a modular cord that plugs into a phone line and lets you monitor conversations on the line - without disturbing either party talking on the line.

There are no clicks, no pops, nobody on the line can tell you're listening.

Modular cord plugs into an analog phone line. There's a jack on the Orator to plug in a phone (not needed if you don't want to talk or dial).

The Orator presents a high impedance to the line so it won't take the line off-hook. One-way speaker (not a speakerphone) will broadcast the entire conversation (all parties on the line) through the speaker.

A very nice general use desktop amplifier, with a zillion uses:

If you're speaking on a phone in the same room, face the Orator away from you so you won't get feedback.

Comes with a 7' Modular mounting cord for a regular analog phone line, and USB Power Adapter.

To connect it to the handset of an electronic phone, see the Orator Handset Kit (#SER4O).