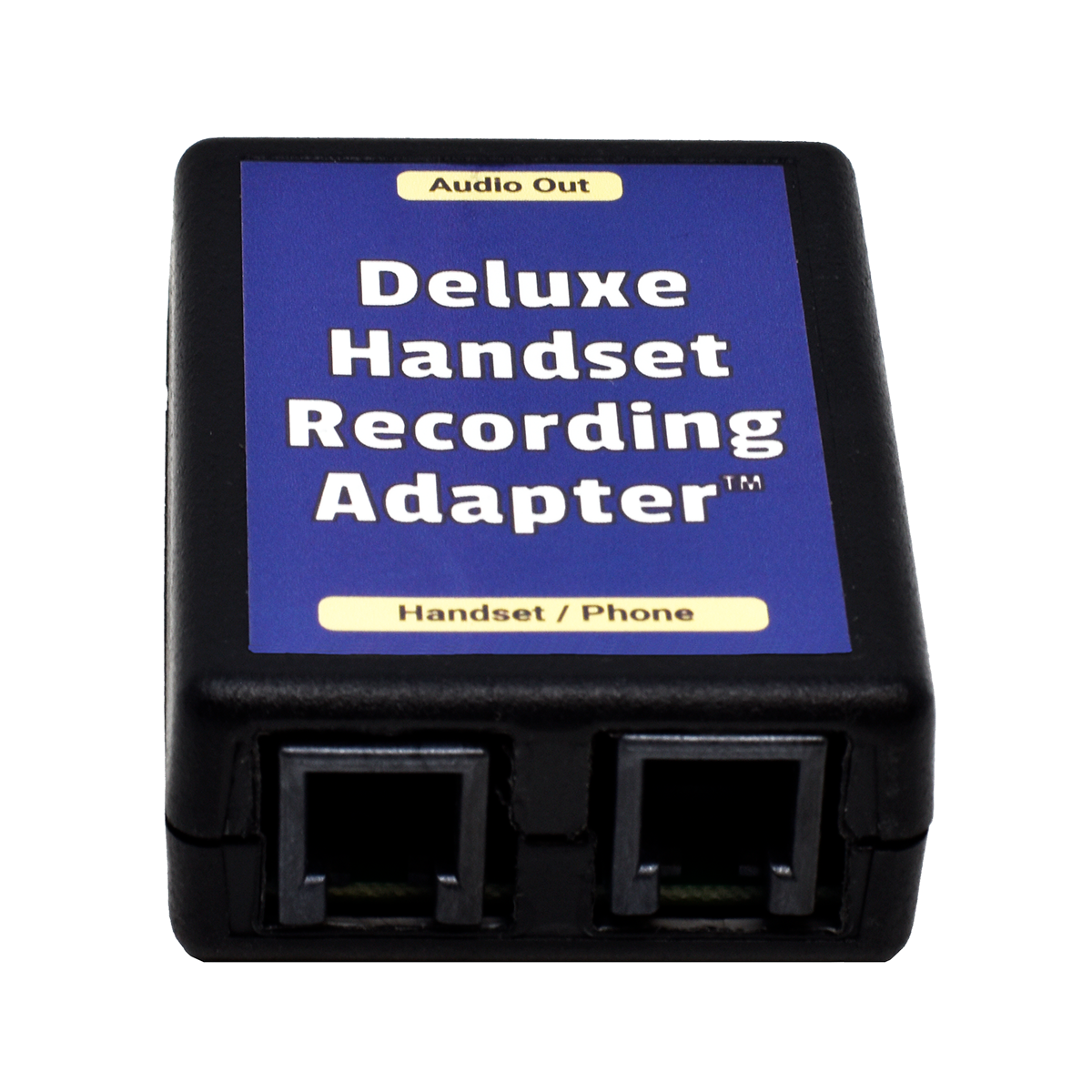 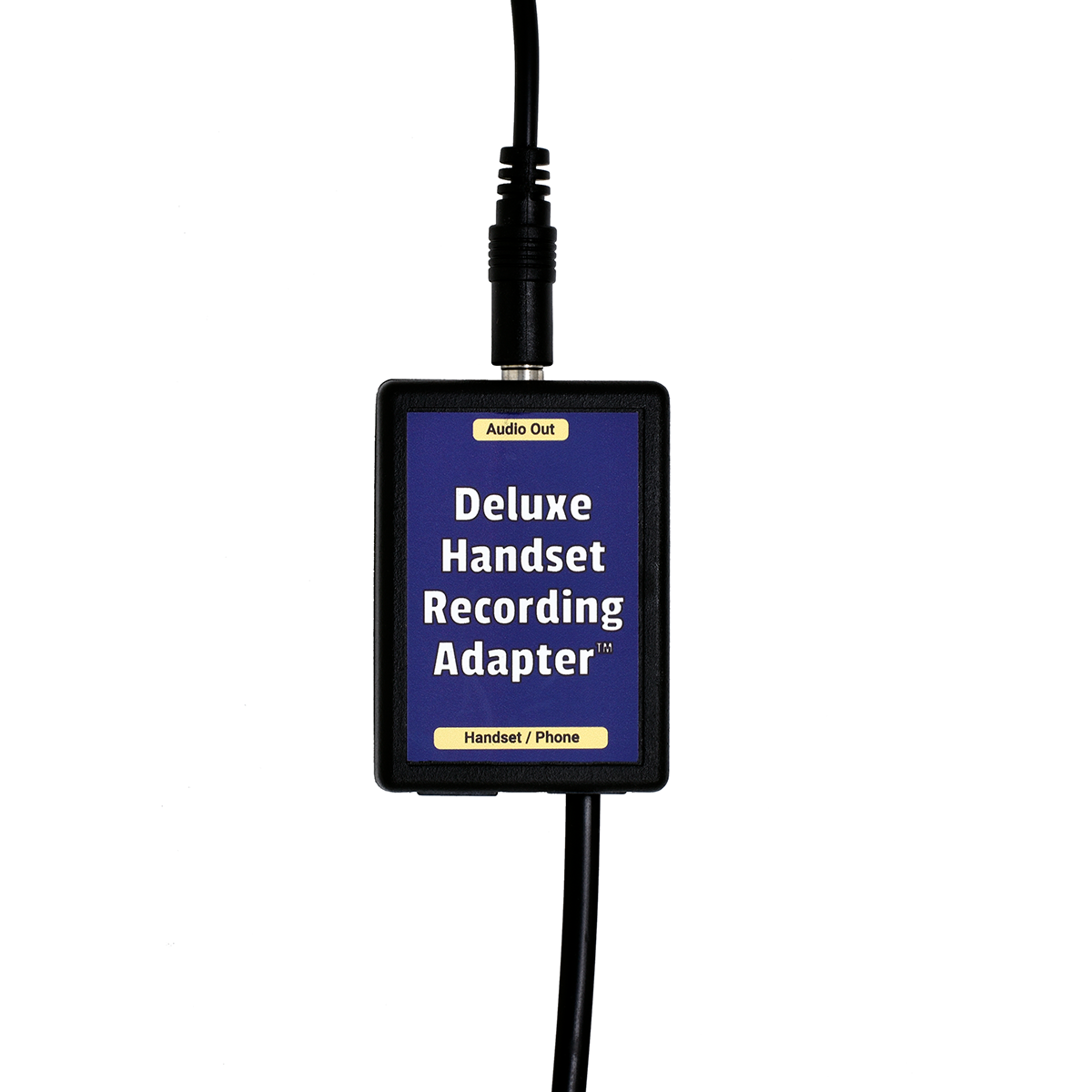 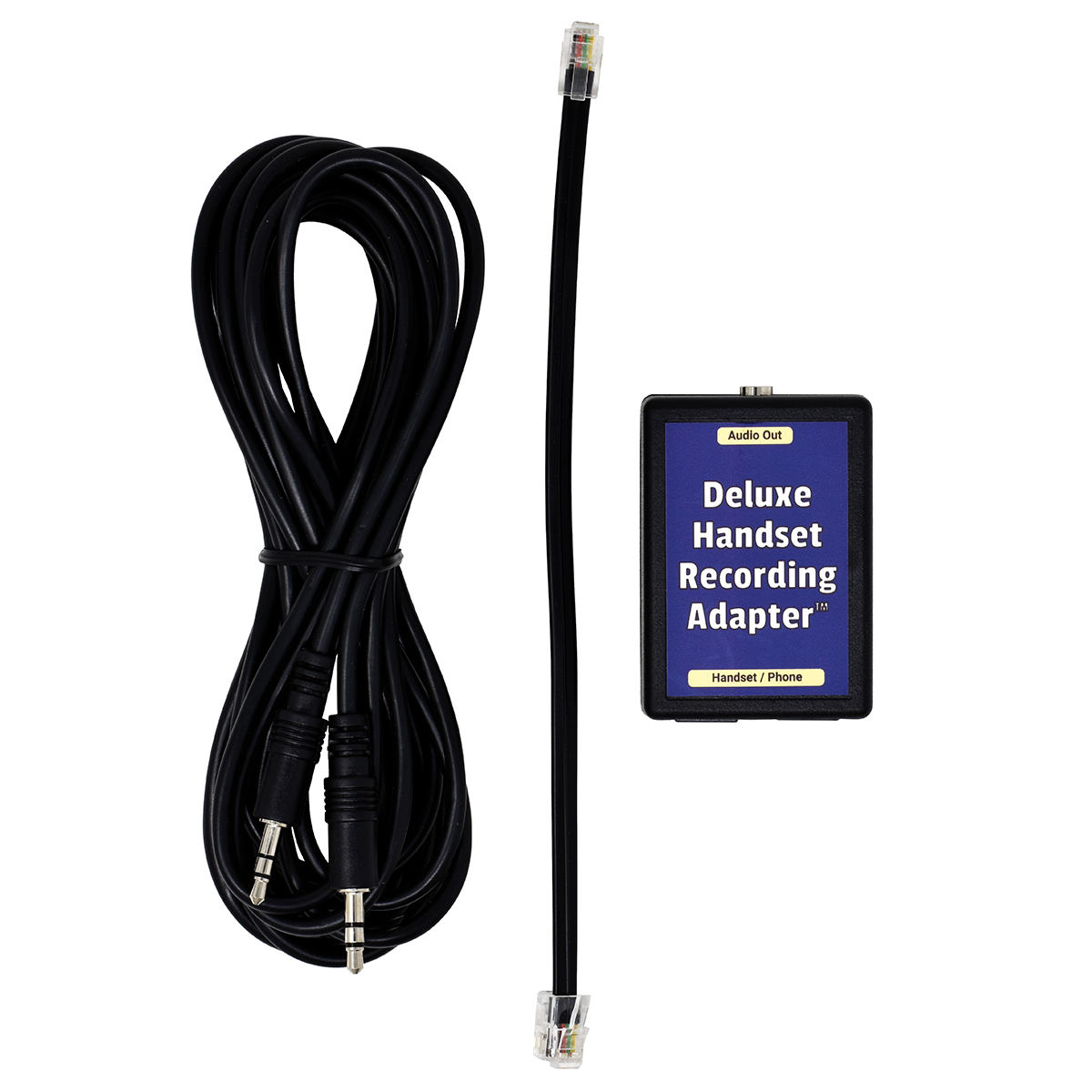 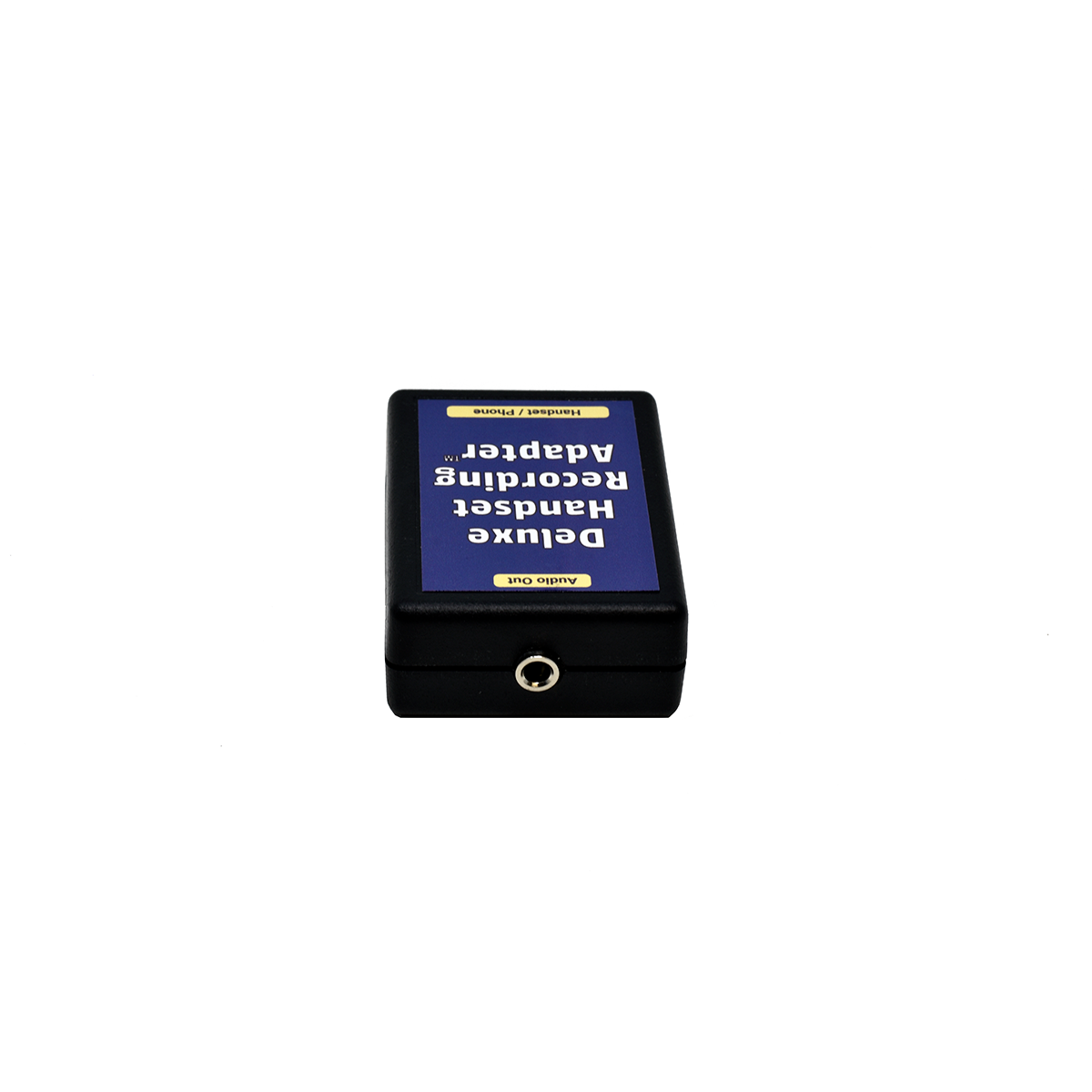 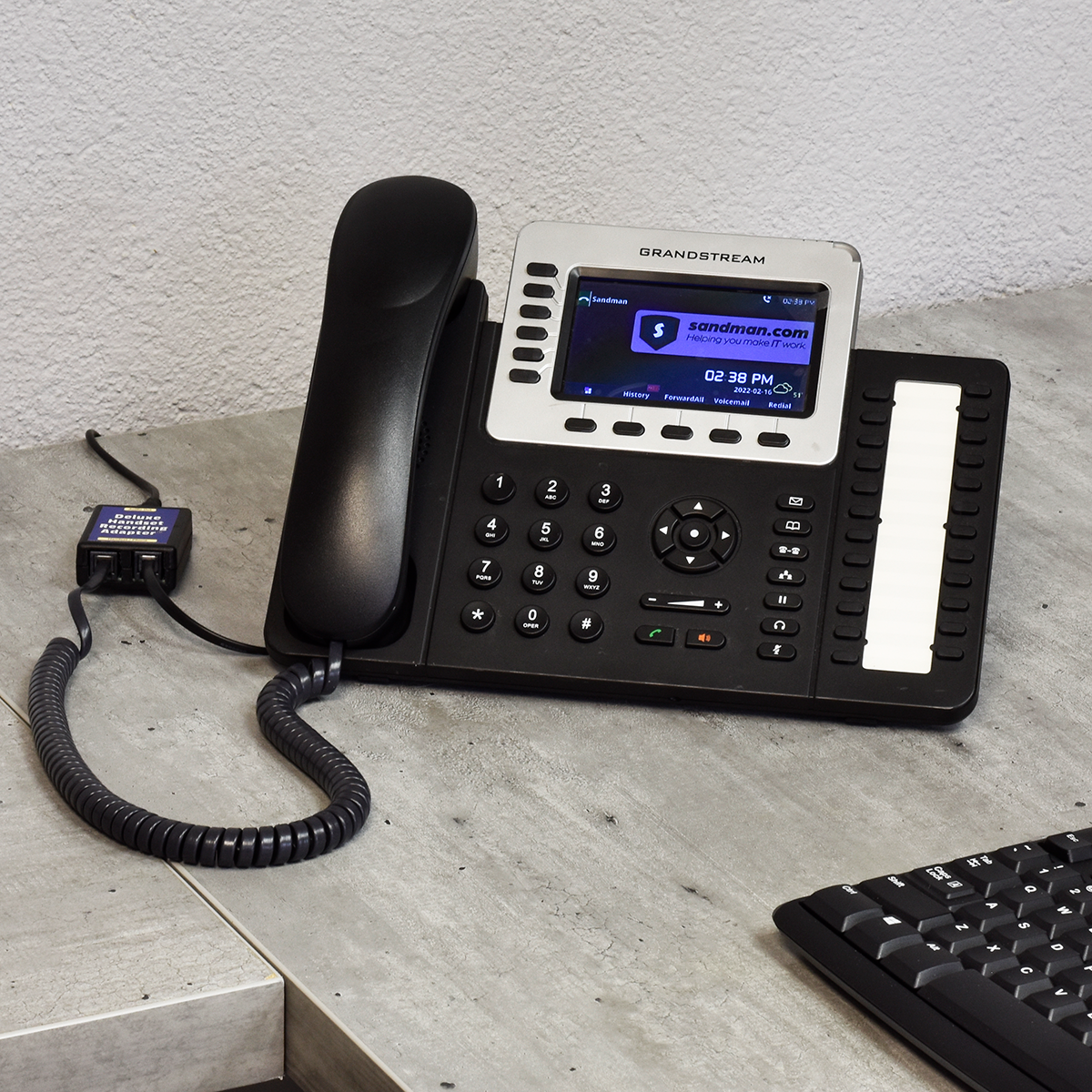 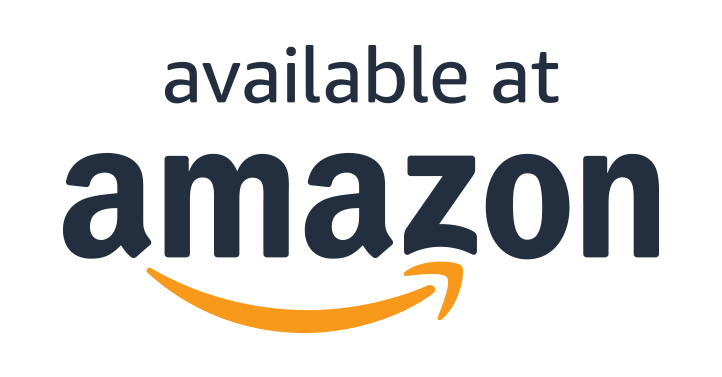 Just plug it in between the handset cord and the phone, then connect the included 3.5mm audio cable to your recording device.

NOTE: This device records FROM the phone TO a computer or recorder. To PLAYBACK from a computer or mp3 player check out our Handset Audio Feeder (#MSC3M).

Because the Deluxe Handset Recording Adapter outputs the same audio you hear on your handset, which has exactly the right mix of your voice and the caller's voice, your recordings will sound great!

If you record directly from a regular phone line instead of the handset, your voice is usually much louder than the callers voice, making the recordings difficult to listen to.

Use your PC's sound recording application, or just start recording on your recorder.

There is no volume control on the Deluxe Handset Recording Adapter, so you'll need to adjust the volume on your computer or recorder.

The Deluxe Handset Recording Adapter works on analog, digital or VoIP phones with the dial in the base. It won't work on cordless or dial-in-handset (Trimline style) phones because the signal is different on that type of handset cord. For those types of phones, use our Phone Line Audio Coupler.

NOTE: Some poorly designed VoIP phones don't have sidetone, which means you can't hear your own voice in your ear when you're speaking. On those types of VoIP phones, the Deluxe Handset Recording Adapter will only record the outside caller (half the conversation).