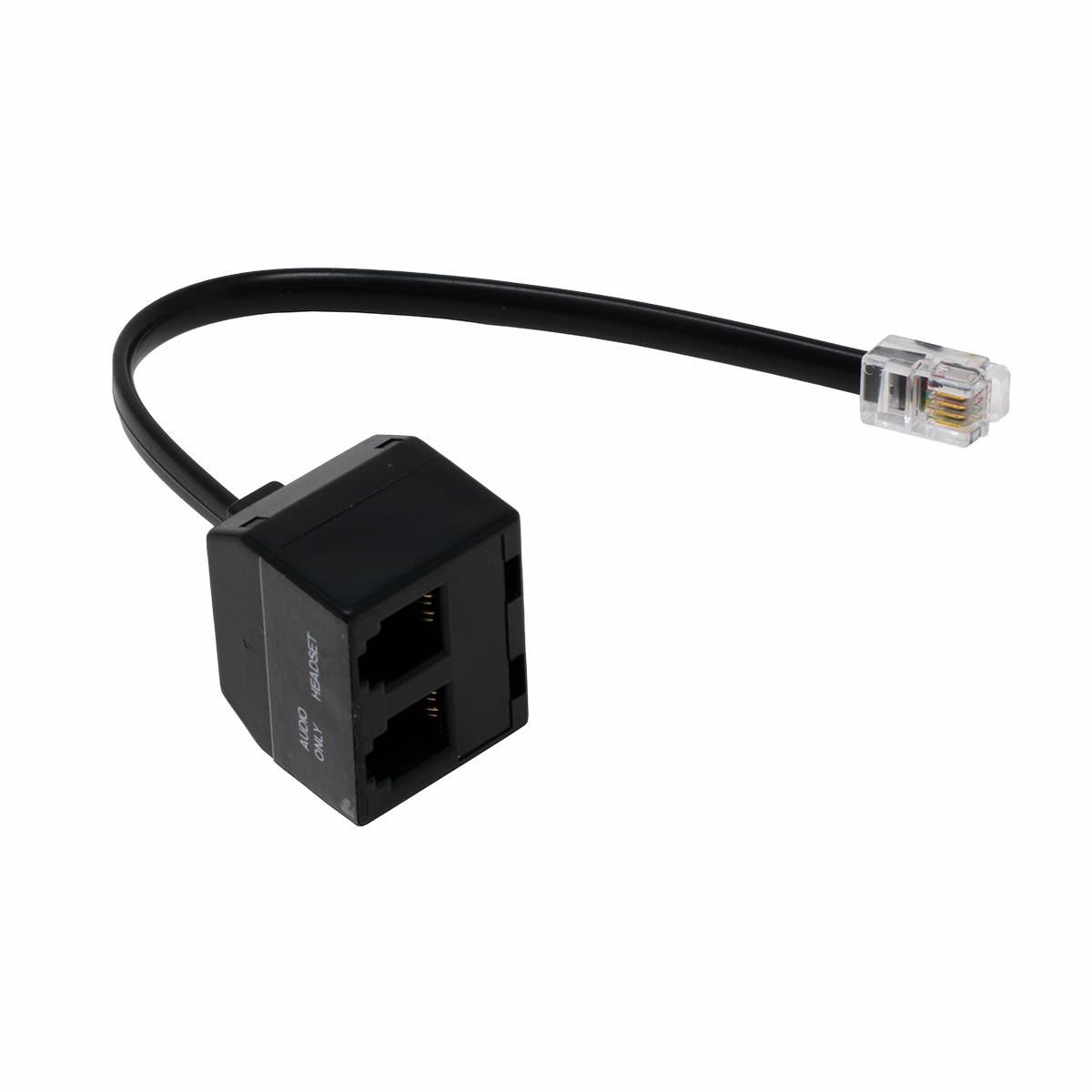 Even though the modular headset jack on some business phones looks like a handset jack, it's NOT! It's physically the same jack, but it's wired differently so you can't plug a handset into that jack. Well... you can, but it probably won't work.

That also means you can't use any accessories designed for a handset because the wires aren't in the right place.

This adapter plugs into the jack for the headset. You then plug your headset into the jack labeled headset. The other jack is wired like a regular handset jack. That allows you to use accessories made to be used with a handset.

NOTE: The real handset for the phone probably won't work correctly on the adapter because there may be polarity and gain differences on the headset transmitter circuit. However, it will work well for recording while on a headset on the phone, sending audio from a PC back into the phone, and for our Orator which gives you an amplified speaker so others in the room can hear the same conversation while you're on your headset.

You'll probably need this adapter if you use a headset and want to use one of our devices designed for handsets: